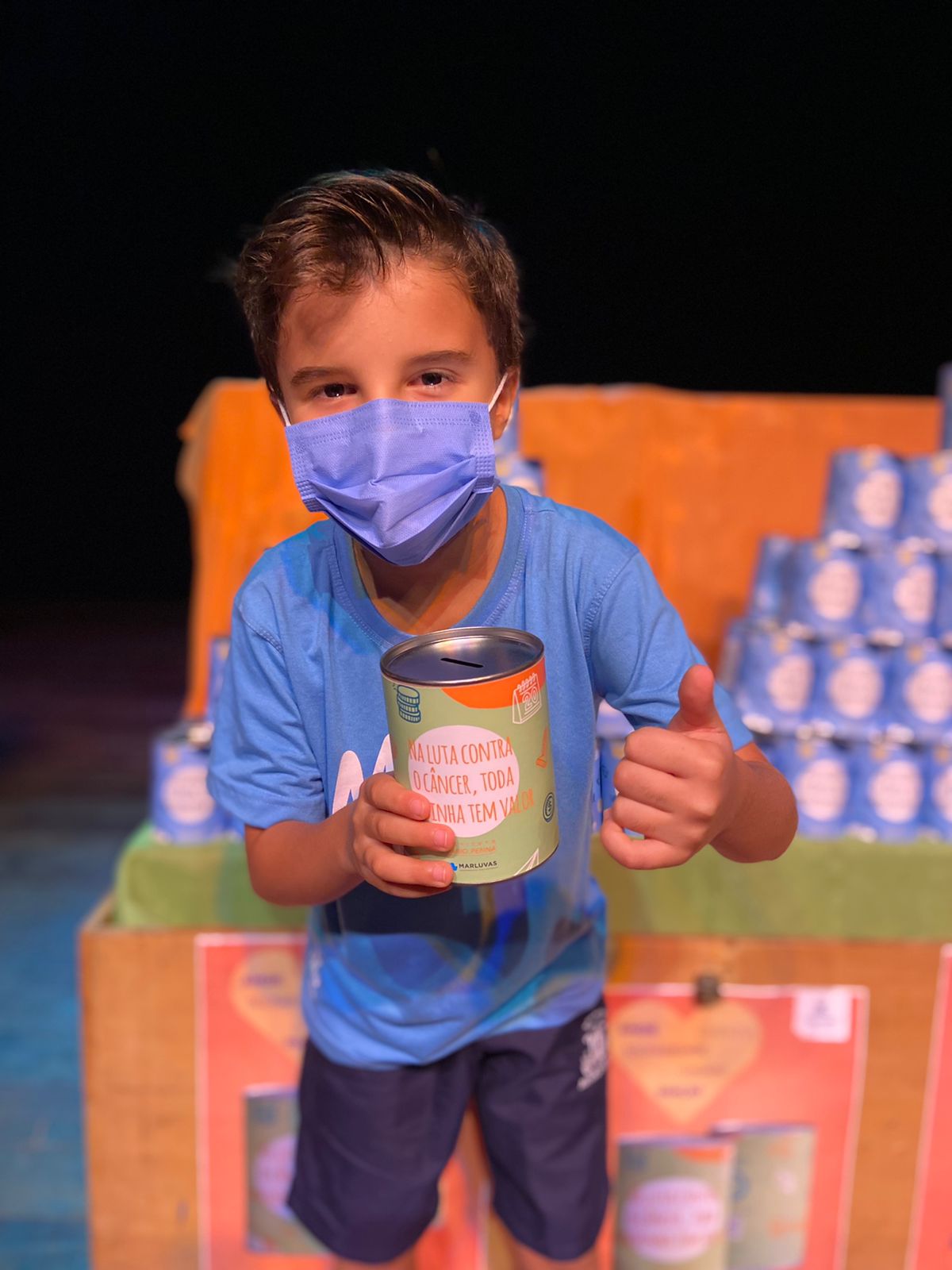 Coin by coin, we save lives. This is how the Mário Penna Institute’s Cofrinho do Bem works. Colégio Marista Dom Silvério also believes in this and decided to support the action and practice solidarity with the participation of its students. About 600 children, aged between 5 and 11, were given a piggy bank last week to take home and start collecting the coins.

In the school auditorium, a theater with playful characters such as Rei Leão and Minions performed Cofrinho do Bem for the kids, explaining the importance of the donation to Instituto Mário Penna.

Parents received a letter from the school explaining the action and showing how they can participate and encourage their children. Now, each child has the task of collecting the coins and returning them to Mário Penna at the end of the year.

“I made a point of following every action closely. I even played with the characters and also talked to the children about the importance of helping those who are sick and in need of our help. I believe that this action is also a way of educating children for solidarity and for the community. As the campaign motto says, you deposit coins and we invest in hope in Mário Penna”; account Paula Fraga, from IMP’s Fundraising and Relationship.