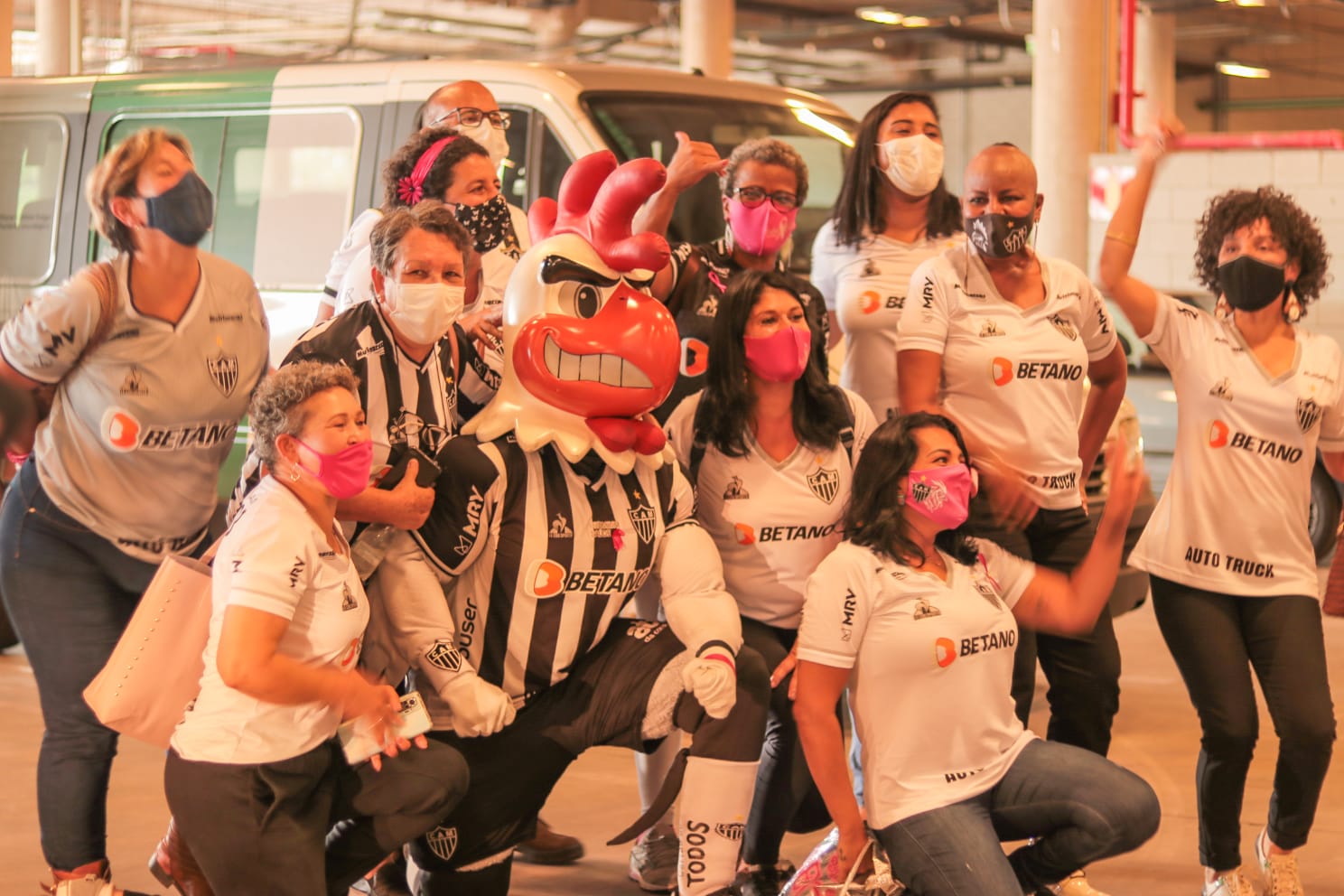 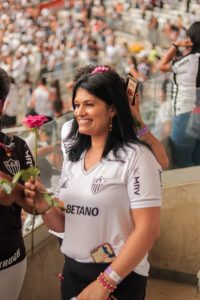 The Instituto Mário Penna partners are putting on a show in the Pink October actions. Last Sunday, October 24th, 9 patients who are part of Entrelaçadas (support group formed by women undergoing breast cancer treatment who share their experiences) were received at Galo’s official store and each one was given a gift by the sponsor Betano in an official team shirt.

And do not stop there. After wearing the shirt, one more joy. They were taken to watch the match between Atlético X Cuiabá and were received by the mascot Galo Doido and presented with flowers. Then, they were taken to the Betano box, where they watched everything in comfort and, most importantly, in complete safety.

This was another action by Instituto Mário Penna, Instituto Galo, Atlético and Betano, showing that the passion for football and prevention go hand in hand.